July 02, 2021
Sonali Phogat, a politician and actress who featured on Bigg Boss 14 lately, was recently seen in a song video in which she appeared to be completely transformed. The actress, who has undergone a tremendous transformation since leaving the reality program, stunned everyone in the song with her new look. Sonali, on the other hand, faced a lot of anger for dancing in the song video while wearing western clothing, and she even had to cope with comments about her marital status and age. Many detractors have told Sonali to act her age, but she has a message for them: 'jalti hai duniya jalane waala chahiye,' she told ETimes TV in an exclusive interview. 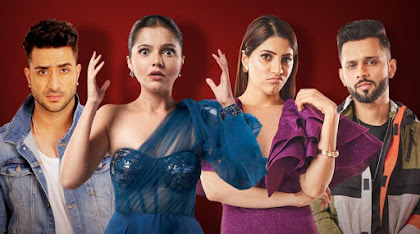 Popular posts from this blog

July 06, 2021
All Bigg Boss crazy are invited! Should they be referred to as "secret admirers"? Here's a heartwarming message for all those Bigg Boss fans who are hesitant to admit that they enjoy watching the show in public. It's tiring to live in fear of being judged, having your IQ called into question, and being punished for your television choices. If you show your interest in this highly popular brand of reality television, you'll almost likely be interrogated: "How do you keep watching all this crap?" Why don't you have a seat and watch something fun? Allow me to recommend some Netflix shows to watch; I am confident that this will help you understand the importance of watching quality content. crap blah blah booms This constant nagging bothers me to no end. Here, check details about Bigg Boss 15 Mx Player . It gets to the point where you'd rather admit that you do watch the show and enjoy it! For anyone who has chastised you for watching Bigg Boss , her
Post a Comment
Read more